Social media giant Facebook will no longer allow users to read and chat their contact through the mobile website version of the site. Facebook notified the users that they will only view their messages through the Messenger app.

According to Tech Crunch, the new changes will be effective this summer. “Your conversations are moving to Messenger,” it notified. “Welcome news to the millions like me who switched to the web app in order to avoid Messenger in the first place!” Currently, the notice can be close and proceed on the mobile website messaging version of the site, but only until the said time.

When the time comes, users will have no choice but to download the official Messenger app. Most Facebook users have turned on using the mobile website version because some can’t still upgrade to the newest OS. It’s been also a long time since the social media site has separated the messaging feature to the Facebook app.

PC World reported, so far, the only affected are the users who use Android devices. iOS users can will also receive the notification in the future as well. Many of people are also wondering why Facebook is pushing people to use the Messenger app. The social media site stated they are doing this to give users the “best experience” on messaging.

However, the fact that the more people will use the Facebook brand messenger, the more visibility will be on the market. The Messenger app is packed with more features. People can video call, and sent stickers as well.

For Facebook, it’s a way to drag everyone over to the Messenger app, now that one-to-one messaging is becoming more appealing than staring at a traditional news feed. And soon the only alternative to the official Messenger apps will be Facebook Lite, which not everyone will be able to get if they are not in a selected number of developing countries. 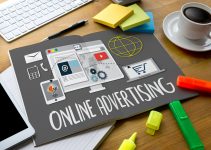