Five Things to Know About Facebook’s Algorithm (and Using It To Your Advantage!)

First, it was Friendster.

The earliest form of social media was powerful. It demonstrated the “small world” effect.

A decade ago, everyone was spending more time on the Internet looking for friends and relatives they never knew lived in other countries. In fact, some found them living near their current home.

This fascination helped elevate the social network to great heights until mismanagement and indecisions caught up and it failed to achieve any purpose except to demonstrate the power of social media.

Multiply arrived next. It was a content-based approach that focused on video, audio, and images.

People were thrilled to have a chat function to talk to other users and comment on their photos.

Once again, this failed to compete with the then-rising Facebook, which introduced chat and a host of other innovations.

Facebook allowed developers to introduce web-based applications that were fun to use. Today, the social network still allows them these applications but limits their access to users’ data.

The increasing number of Facebook users spelled success for the social network, which had further plans.

It then made the social network platform into an advertising platform that allows brands to display their products and services.

If they needed additional visibility, a paid feature allowed them to sneak into the news feeds of users who might be interested.

Facebook’s algorithm has also changed through the years.

Its latest 2018 announcement says it would prioritize content from immediate networks, such as friends and family, before brands.

However, it’s still not as bad as they make it sound.

It was natural for all industries dependent on its networks to get worried.

However, it is likely Facebook won’t go full throttle with what it said.

Given that it received $7.68 billion in profit from the first quarter of 2017 alone, it will a tough break to change the algorithm radically in favor of its free users.

This feature allows brands to elevate their presence in the News Feeds of users targeted based on their interest.

The result was a profit of $36,449 while generating 769 new email subscribers and 128 Facebook fans.

Of course, in the complete case study, they had to position their brand carefully and create their message to grab attention and gain audience interest.

Granted that this all happened a month ago, there is no doubt Facebook’s capability to deliver traffic this year will be any less effective.

Indeed, using Facebook is an investment in both time and money. But if you knew the results you would get beforehand, it would be easier to make a decision, right?

Indeed, many marketers tell stories about how they successfully created an organic campaign without depending too much on paid advertisements.

V9Digital’s case study is a great magnifier of Facebook’s benefits for digital marketers.

In the first quarter of 2017, the firm worked with ShopAtHome, a broker of discount deals and cash-back offers for its users.

It wanted to focus on organic brand awareness and audience engagement. It had not disregarded the power of Facebook Ads.

With decreased content, V9Digital focused on creating content that entertained, taught, and added value to audience, even if it is only few.

These content were brand-relevant and did not use too much “sales” language.

With content that also resonates with its target audience, the brand saw a 150% increase in audience engagement.

It had also reached 822,508 customers due to the increased engagement and sharing of its posts.

Facebook Messenger is a force to be reckoned with.

It is not because users can communicate conveniently and send photos, videos, and other types of content.

The thing is that the modern Facebook Pages messenger organizes all brand interactions with customers.

Indeed, this small web and mobile app that connects billions of users worldwide is also a powerful tool for marketing.

ManyChat’s campaign for a Mexican Restaurant called Fiesta Mexicana shows the powerful potential of Messenger as a CRM tool.

It had a real-life promotion. Its raffle’s winners will receive a free meal for two while participants all received a free appetizer coupon.

Before focusing on Messenger, the campaign first created Facebook Ads to raise awareness regarding the campaign.

The ad led interested parties to a simple landing page that had a CTA that led to the restaurant’s official Facebook Page.

Upon their message, Fiesta Mexicana’s bot would sign them up if they click a simple “Yes I want to enter” CTA button in the messenger.

This allowed the brand to track their participants.

Each of them received a message stating the draw time and that they have already won a free appetizer coupon automatically for joining.

The brand allowed people to use Messenger as a medium to show the restaurant’s servers the digital coupon image and get their free appetizer.

The server would then click a CTA that indicated they had serviced the coupon to make it valid only for single use.

While only 33 of the 173 participants redeemed the coupon, the number was boosted through the clever use of a bot’s chat reminding participants about redeeming their offer.

Messenger marketing indeed has a huge potential in the future.

By integrating audience’s engagement with your published content through Messenger, you create a loop that creates better engagements.

Can you get the same results?

You definitely can! You just need to know about Facebook’s algorithm and stick to these best practices.

Five Ways To Use Facebook’s Algorithm to Your Advantage

As mentioned earlier, Facebook’s algorithm update will focus on the posts of friends, family, and brands that the user has an organic interest.

While the case studies mentioned above gives the claim the benefit of the doubt, the new principle can dislodge brands established in your target market’s feed.

Therefore, there is an opportunity for you to use advertisements to gain awareness.

This is a brand’s typical method to break into the news feeds of target markets. However, along with your unique brand proposal, you must also introduce a unique brand experience.

One good example is Worldwide Breast Cancer, a brand focused on helping men and women find the earliest symptoms of breast cancer.

On its page, it does not use any photos of men or women. Instead, it has a header that displayed a rack of lemons with their branch cut-off tips facing the viewer to symbolize a female breast.

This header is reflective of their creative campaign that introduced a unique audience experience.

The positive message combined with colorful imagery during their #KnowYourLemons campaign had drawn great attention.

With just three boosted Facebook posts they were able to reach 7.3 million people with hundreds of thousands using their self-help test in detecting early stages of breast cancer.

In the last few years, Facebook has decreased the visibility of externally-linked websites due to the spread of fake news.

In the last two years, the social network has been scrutinized for helping spread fake news. To combat this, Facebook removed the ability to edit headlines of externally-linked content.

In fact, unless the website content has great engagement, it will not raise its visibility to viewers as much as it did in the previous years.

However, image and video-based content is seeing greater visibility and budgets since 2017. Mediapost reports that 80% of brands intend to increase its video spending in 2018 alone.

The study showed that Facebook sees the majority spend 37% of their digital video budget from production to advertisements. On the other hand Google’s YouTube takes second place at 27%.

Facebook’s “bite-sized” videos allow many users to digest information quickly through effective captions and a quick experience that suits the shortening attention span of audiences today.

It also encourages engagements while adding value for its viewers.

Videos help brands avoid producing “engagement bait,” which is something the social network discourages. More on this later.

According to Solocube, Facebook video advertisements receive 10-30% more views compared to text and image updates. They can also appear feeds 11 times higher than other content types.

As with any digital marketing campaign, uniqueness and a memorable experience creates engagement.

If you “like” or “react” to a brand’s update, then you can see their updates more frequently on your feed compared to others.

In fact, spending just a few minutes reading a brand’s update or viewing their videos will have the algorithm convinced you need more content like such in the future.

And what is interesting to the audience? Indeed, it is unique and amazing content.

Therefore, spending on content development and improving the quality of your posts, even external links, will help boost your visibility in the social network.

Returning to V9Digital’s ShopAtHome Facebook campaign, they reduced the frequency of posts the brand often committed itself in the past.

They used less posts that provides 100% value in their Facebook updates.

As mentioned in their results, they received better engagement with increased news feed visibility.

Therefore, work on well-researched content. Even if it is fewer, it is guaranteed to generate interest, more engagement, and gives your brand a good reputation to your target market.

According to Sprout Social, a typical Facebook Page’s organic reach has declined by 2% since its latest algorithm update.

They said it explains why most brands are using Facebook Groups to improve their engagement with their followers.

Groups can be seen as a type of newsletter in social media form.

By creating a formal forum for discussion, the brand and its followers can tackle different topics and solve different problems together.

This creates a unique and personal experience for audiences, which they associate with your brand.

In fact, it also decreases the need for external links.

By creating discussion and progressively adding helpful and value-adding content in the group, your followers remain confident in your brand’s capability to solve problems with a personal touch.

Indeed, you can still drive traffic to your sales funnel using Groups.

However, focusing on qualitative discussion that aims to educate and resolve is the key to a successful Groups marketing campaign.

In addition, you can create polls and make your Groups a gold mine of information that helps you develop highly engaging content the group’s members will always see.

You can even formulate new future brand offers that would create more brand loyalists and advocates in the future.

It used highly engaging headlines that left users in wonder. Most audiences became frustrated because the link’s content did not live up to their expectations.

Facebook has done away with this by decreasing clickbait’s presence in the last few years.

The new version of clickbait is “engagement bait.”

If you have seen a post that says “like if you have this zodiac sign” or “only these types of people will react,” then you’ve fallen prey to their ploy.

It plays on the personal sensitivities of the individual, which motivates them to react to the post.

The two said they have “reviewed and categorized” hundreds of thousands of post to help News Feed’s machine learning to create a model that identifies engagement bait.

Indeed, raffles can be troublesome to do with this new algorithm at play.

However, returning to Fiesta Mexicana’s case study, you can always use Messenger to create contests and even have higher engagements, too.

Indeed, engagement bait does not add true value. While it is fun to empathize with the message, it will penalize your visibility in your target audience’s feeds, which is not great for your future marketing campaigns.

Understanding Facebook’s algorithm is the key to improving your social media campaign and taking it to new heights in terms of visibility and engagement.

By using these five tips, you can definitely achieve your Facebook milestones efficiently. 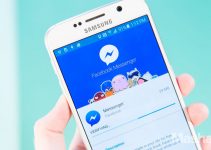 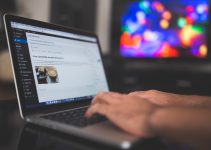 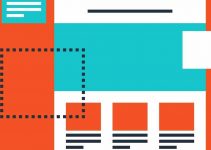