Text is a powerful medium.n A logo tells many things about your brand. However, text helps create a mold around a viewer’s idea regarding a brand and organize the entire visual around a single message. Aside from its message, the text’s font matters immensely.

According to Creative Market, a banner is the first thing a customer sees. Therefore, a banner that packs the business’ branding and personality is important. Fonts introduce a different kind of mood to the logo and the entire banner itself.

In this four-panel grid, a “friendly” font is something that is whole in shape and has ample spaces between letters, such as Montserrat. Curvy typography introduces class and a “fancy” appeal to users. Meanwhile, handwritten and organic-fonts signify a certain silliness or casual character.

If you have yet to have any good idea about banner fonts you can use, here’s a good checklist to have on hand.

Design Principle: You are an industrial construction brand.

Using fonts that look like pickles or scribbles can give your brand a casual appeal.

A clear typeface with semi-narrow spacing between alphabets for your banners helps create a professional and concise tone.

Font Size: Arial Bold and Impact are fonts that can look amazing even if they are small-sized.

However, upon enlargement, they can be too imposing and direct in some cases.

Meanwhile, Helvetica and Sans Serif might be too troublesome for small-size use.

Consider the font’s character before using them for headers.

Overall Banner Mood and Idea: The font you choose must fit the mood of your banner.

Most shops that sell vintage products often use “old-timey” fonts, which give their banners the vintage appeal as the products do.

For example, using the Dusty Rose font, which has an Art-Deco 50’s appeal, gives any brand’s banner or logo an old-fashioned look.

Now that you have some idea of which font to use for your banner text, take a look at these fonts that can introduce a unique characteristic to any banner this 2018.

Ten Great Banner Fonts to Use This 2018

Fertigo Pro is a simple modification of the Sans Serif font.

By removing the monotonic appeal of its source font, Fertigo and Fertigo Pro creator Jos Buivenga created a clean but characteristic font that has a semi-formal look.

Fertigo Pro combines the classic typewriter look that can be used in any commercial banner or logo.

However, the font has some limitations. When used in a text-dominated environment, it may not appear attention-grabbing.

But using its bold variant helps create a full-bodied look that makes it prominent for large-sized banners.

Fertigo Pro is useful for brands that sell casual products or services. An Etsy blog that sells clothes or customized items can use it for their banners.

However, it may not work effectively for corporate and industrial brands given the semi-curvy letters and relaxed tone of the font have no professional appeal.

The only giveaway is the spacing between letters.

The white space size, which is equivalent to a third of each alphabet’s dimensions, is its main characteristic.

The font’s simple look makes it easy to use in formal corporate and industrial banners.

A banner that uses a wide-shot photograph of a valley or beach can use Telegrafico as the text at its center.

Even “hipster”-styled banners, which use vintage imagery and fonts as part of their appeal, can use Telegrafico given its telegram-text look.

However, its hard-edged symmetrical look might make the text it uses often too prominent in many cases.

As a header, the font can be useful, but its attention-grabbing size and dimensions can overpower other elements of the banner, such as sub-header texts.

In fact, using Telegrafico on a detailed banner or logo can downplay certain elements.

Make sure to keep an eye out when you or your designer use this font with your designs.

It’s a font that has an appeal closest to “The Godfather” film’s iconic classic typography.

It might look imposing, but Romeral is flexible in many cases. It may as well be a title font for a crime thriller with a solid black color over a red background.

However, used with lighter, relaxed colors such as solid white on grey, it can convey a semi-formal appeal.

Romeral quickly grabs the attention of the viewer and makes its text quickly memorable.

For creatives with major or full artistic freedom with their banners, Romeral is a great alternative to otherwise too-clean or “stiff” looking fonts.

However, its characteristic look is also its downfall.

Romeral might not be useful for lengthy messages. Using this font with uppercase alphabets gives its message a different feeling that might feel overboard or too prominent in some cases.

If you’re not sure on how to use Romeral’s attention-grabbing qualities, then it might be better to use them for five-word headers.

It a bit like Telegrafico, except its beautiful symmetry is complemented by its more-elegant and less-sharp joints.

Bitstream Vera Sans is one of the most versatile fonts used in different banners from clothing sellers and handcrafted manufacturers to corporate and industrial companies.

Its unassuming and neutral appearance allows it to be neutral in any design, which allows viewers to focus on its message.

However, from a design perspective, Bitstream Vera Sans can be a go-to font face for secondary headers if the banner’s message is less than five words.

However, it can assume better prominence in a banner’s visual hierarchy if you use its bold variant.

Banners that wish their viewers to focus on the image, such as a banner with a native advertising appeal, can fit with Bitstream Vera Sans to create an excellent banner design.

Angga Mahardika, the original designer of Sailors, definitely nailed the stamped-ink branding during the early 20th century with this font, at least with the Sailor’s Rough Regular font.

Most hand-crafted or “homegrown” brands that concentrated on machine-less products or services can use the Sailor’s Rough Regular as part of their branding look.

The Sans Serif variant with tons of old-time character works well for any brand that concentrates on specialized organic products such as preservative-free food or vegan restaurants.

Meanwhile, the Condensed and Regular variant of the Sailor font works well for uppercase headings and even subheadings.

The letters have their own characteristic and can grab a viewer’s attention quick enough without being too prominent.

These fonts also have a rare characteristic; they can be useful in designs regardless of their size and prominence in the visual hierarchy because of their font’s characteristic.

The narrow right side of the font complements the thicker, ribbon-like thickness of the letters.

Concentrating on a portrait, standing font appearance, Voga is actually reminiscent of Vogue Magazine’s signature typesetting for almost all of its magazine covers.

A bit of trivia: Voga was a font Charles Daoud created with digital typesetting company his CDType Foundry.

The font is an actual derivative of the condensed serif typesetting focused on contrast. The curves on the font exude glamour, which is perfect for clothing and luxury accessory businesses.

For businesses outside fashion and vanity, the font can be useful for thematic banners that require a glamorous or extravagant vibe.

If you’re featuring a sexy photoshoot that showcases your product, then this is one font that will never let you down!

However, the font used in the film and its poster never used the glossy, classy, yet sophisticated appeal Chris Simpson’s Metropolis font has.

The typeface itself is simple. Each alphabet is spaced roughly a third of the font’s size.

It may also feel similar to Telegrafico or Bitstream Vera Sans, but it has a clean, round, and symmetrical vibe that makes it feel casual and neutral.

Metropolis has 18 styles available. The regular derivative font is perfectly-sized as a sci-fi movie banner typeface.

However, Metropolis Thin is useful as a large header that does not take up too much space from showcasing the banner’s scenery or imagery.

Metropolis Bold has the same appeal as Telegrafico’s default size. Extra Bold focuses the initial emphasis on the text it sends out itself.

The font definitely does not express any political opinions like the film does, but it will get the right message across to its target audiences effectively!

This font works for the banners of tech companies focused on progress or app developers whose games have a futuristic setting.

If you take into consideration Canva’s font chart, then you might say that Luna is in the area of “Silly.”

Indeed, there’s nothing goofy about Luna’s appearance, but it does look like you cannot use it for corporate professional and industrial companies (unless it fits the banner’s theme).

However, for homegrown product producers and handcrafted item manufacturers, Luna is a font that exudes creativity and an Earthed appeal fairly quickly.

Businesses that wish to appeal to creatives and light-hearted approach to brand development through banners can find Luna a perfect fit with colorful projects.

Its handwritten appeal gives it a human and fun edge that introduces a sunny and warm feeling to audiences.

Unlike the other fonts featured here for 2018, Luna may only be useful for signature logos and thematic banners.

Using them for newsletter banners might not be a great idea unless it fits your banner’s art direction.

If you thought Spanish medieval armor had no place in the world of fonts (which you probably didn’t), well, the truth is, it does exist.

Luthier is that one font that will remind you of bards singing tales and knights guarding European castles.

However, its application is not limited to medieval lettering. In fact, its appearance is formal and smooth, making it a great choice for calling cards.

In this light, you can say that Luthier is a font worth using for banners and headers because of its simplicity.

The font focuses on angles and introducing curves only where necessary. These hard angles and semi-curved lines give it its signature appearance of equal thickness with a bit of personality.

You might find Luthier often used for celebratory invitations to newsletter and opt-in headings in most Internet campaigns, too.

A hint of Art Deco and elegance, Poiret One is a perfect choice for banners that showcase fashion and glamour. Indeed, it is one of the most attention-grabbing fonts to use for headers.

However, despite its beauty, Poiret One is not exactly friendly with lengthy sentences. It might not be practical to use it as a sub-header text.

The best way to proceed is to use words sparingly with the font. Doing so, you will be rewarded with elegance and improved brand retention by your audiences.

Poiret One is suitable for large-sized banners where it will not take much focus from the scenery unless you use the bold style.

However, the font loses detail and appeal as its size grows smaller. So be careful where you use this font.

Also, the font has different appeal as its colors change.

If you plan to use it on banners with complex designs, you might want to conduct a multivariable test to ensure you get the right design for your campaigns.

Which fonts do you plan to use for your banners this year?

Which kind of fonts worked for you last year?

Does font style have a great positive effect on a banner’s potential to grab attention and create conversions? Share it with us in the comments below! 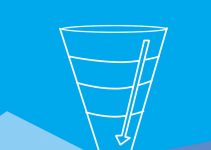 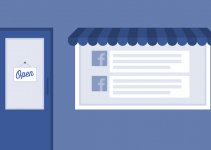 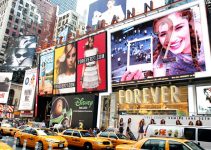